RE$ET 2021: Resetting for Equity and Inclusion 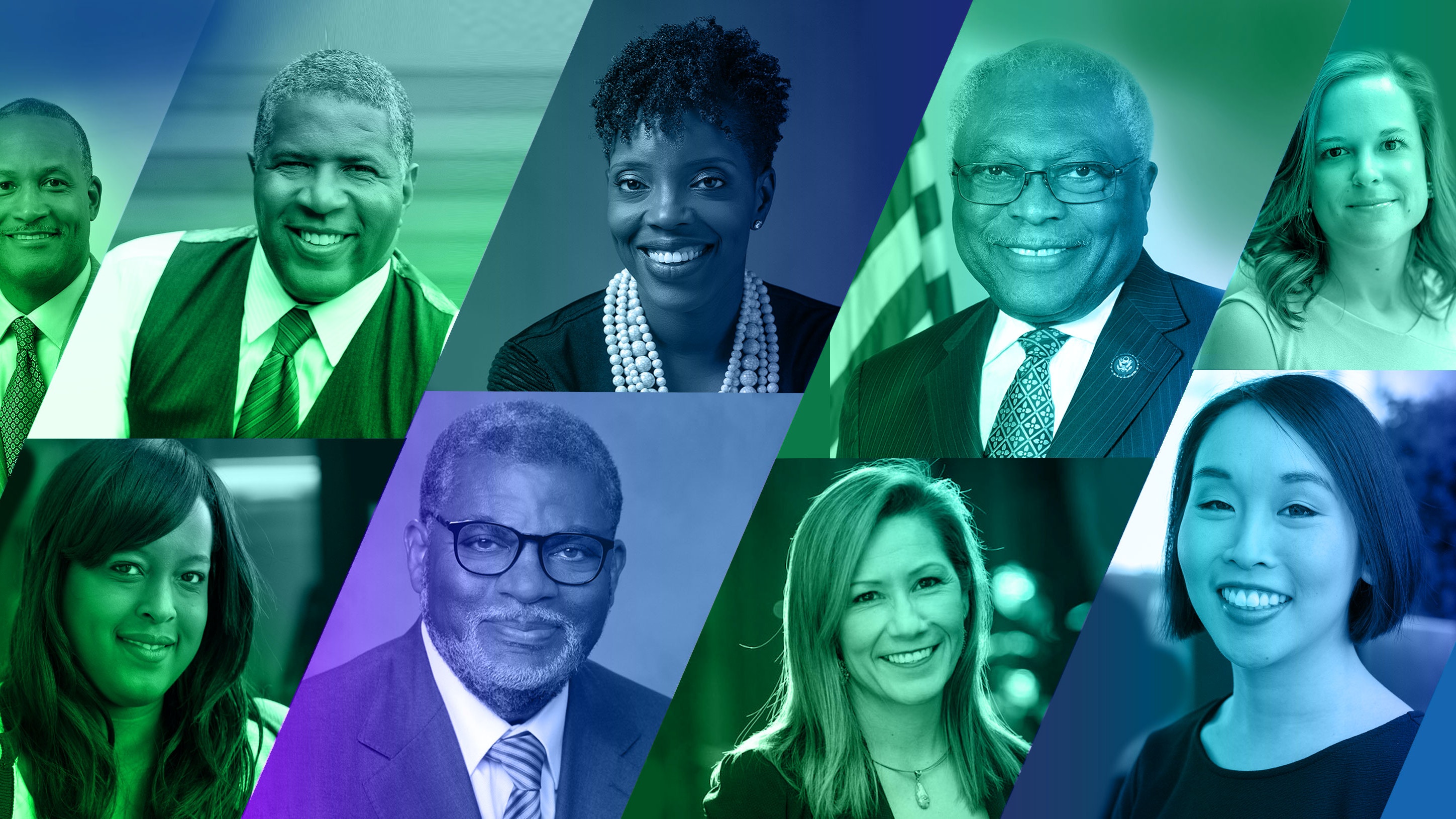 Resetting for Equity and Inclusion

One positive thing about COVID-19 is that it has forced us to reckon with significant structural weaknesses across our economy that touch most Americans. Small businesses — many run by people of color — are shutting down because access to capital is so fragmented. A financial system that doesn’t reach individuals, businesses, and communities where investment is in desperately short supply. A digital infrastructure so incomplete that large pockets of urban and rural areas have limited to no access to the internet — now the key to the information superstructure that supports commerce, education, and basic information flows. An unmet demand for caregiving at every level — from children to the elderly — so significant that women have left the workforce by the millions. How do we address these structural and underfunded challenges? This is our moment to take stock of what we must reset to establish an equitable economy that serves every citizen. 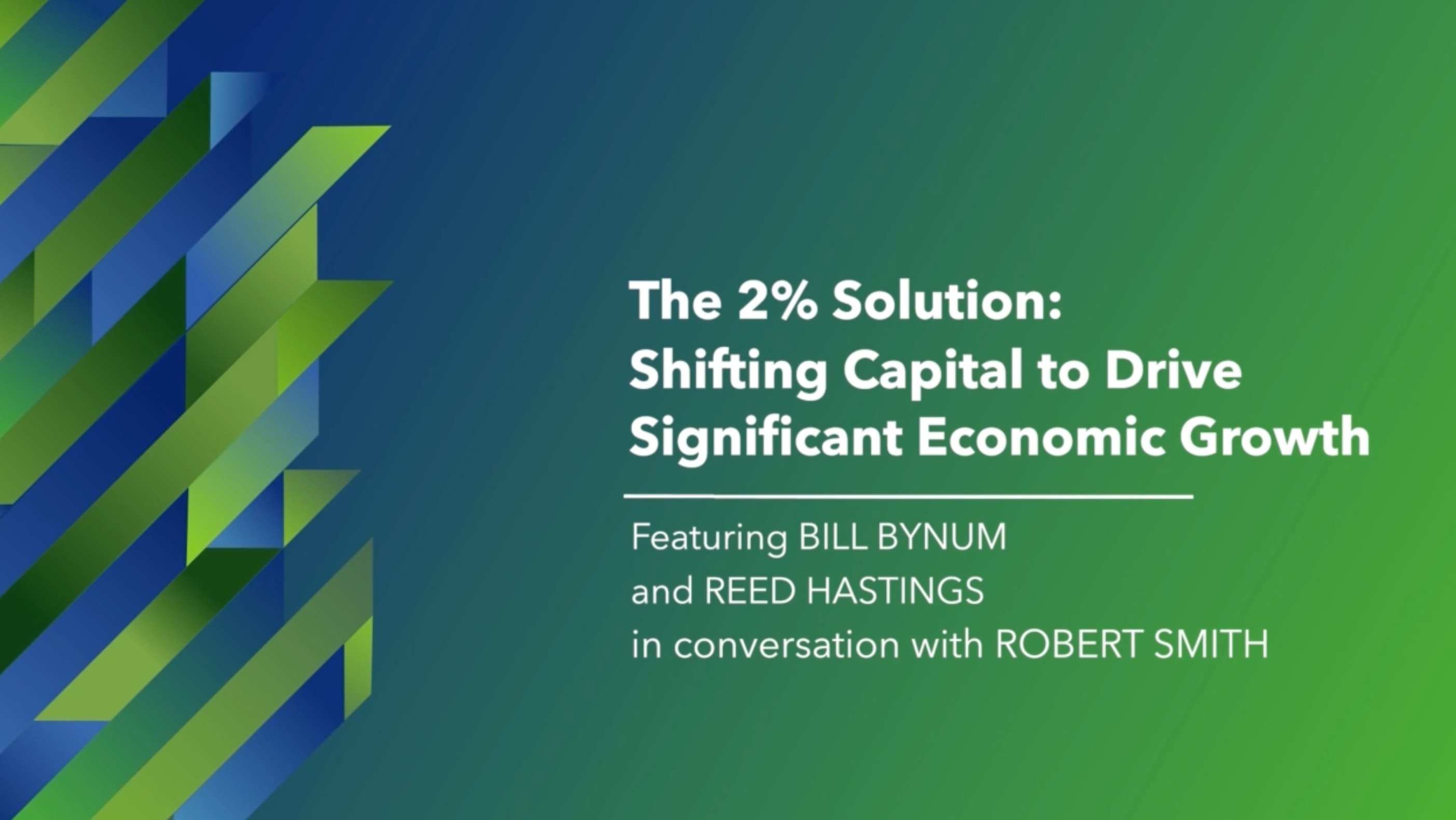 Listen in to a conversation featuring Bill Bynum, Robert Smith, and Reed Hastings.

Should companies shift just 2 percent of their net income to communities of color and to Black- and Brown-led firms and institutions, the ripple effect in terms of economic opportunity and growth will have far-reaching, phenomenal effects for people of color across the country — and for the country as a whole. The “2% Solution”, a novel idea created by billionaire investor Robert F. Smith, has been embraced by corporations and leaders of financial institutions. The discussants — Smith, Hope Credit Union CEO Bill Bynum, and Netflix Co-CEO Reed Hastings — share what can happen when more follow suit. It is remarkable where fresh thinking and a bit of capital can lead.

How to Build an Equitable Financial Ecosystem 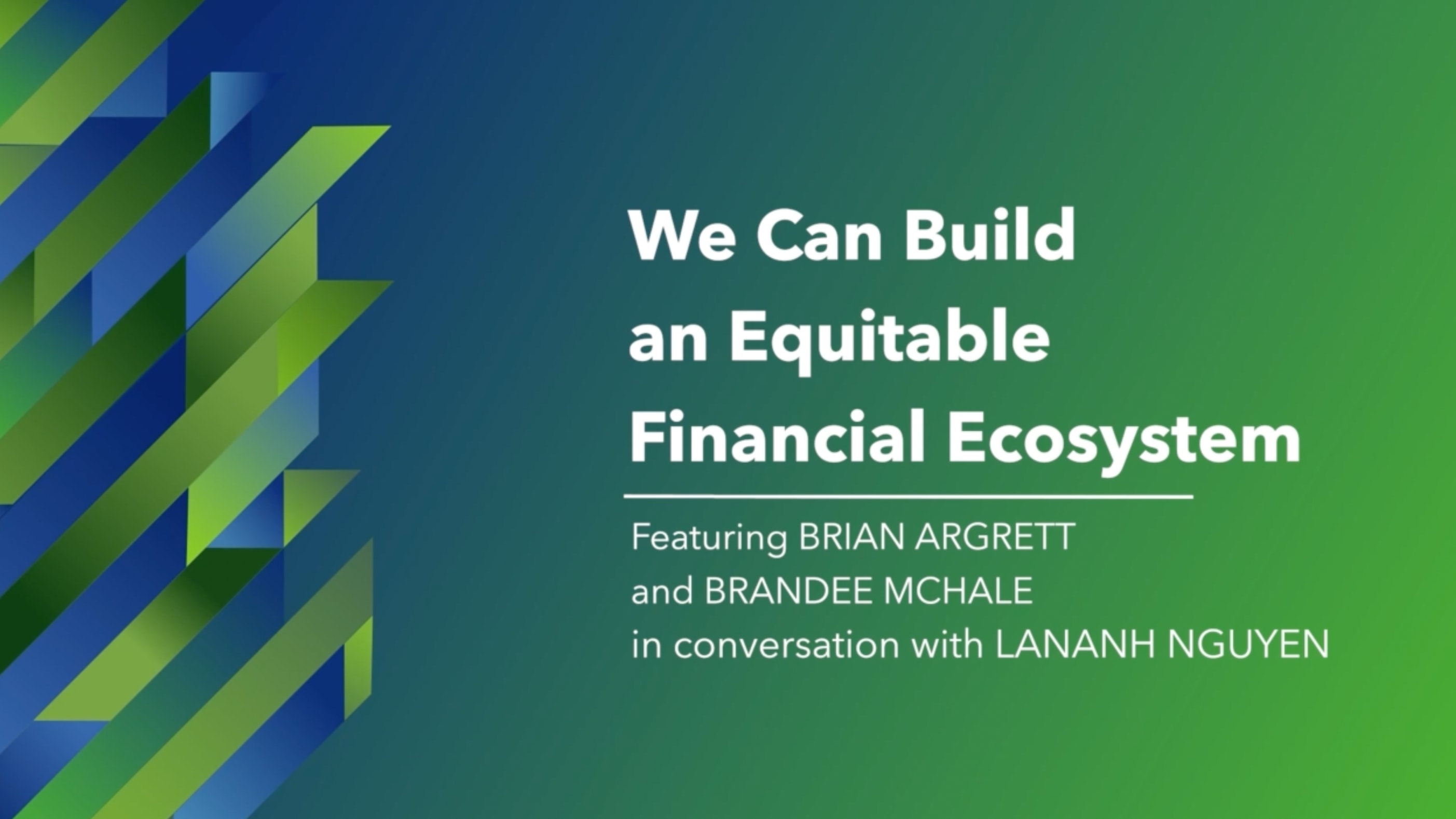 As the largest Black-led financial institution in the United States, with approximately $1 billion in assets, City First Bank pales in comparison to, say, Wells Fargo, with $1.97 trillion based on sheer assets at its disposal. Collectively, the 21 Black-led financial institutions across the US hold but $4.5 billion in assets to give a sense of scale. The imbalance in share of assets across the nation’s banks is stark. This said, much can be done to reset this imbalance. Combine the power of a Citi with that of a Minority Depository Institution (MDI), such as City First, and we can begin to imagine a significant narrowing of the racial wealth gap. Simply stated: Our ability to direct intention, programs, and capital to businesses and communities of color has great potential to transform the American economy — with positive gains for everyone.

Bridging the Digital Divide: A Key to Economic Success 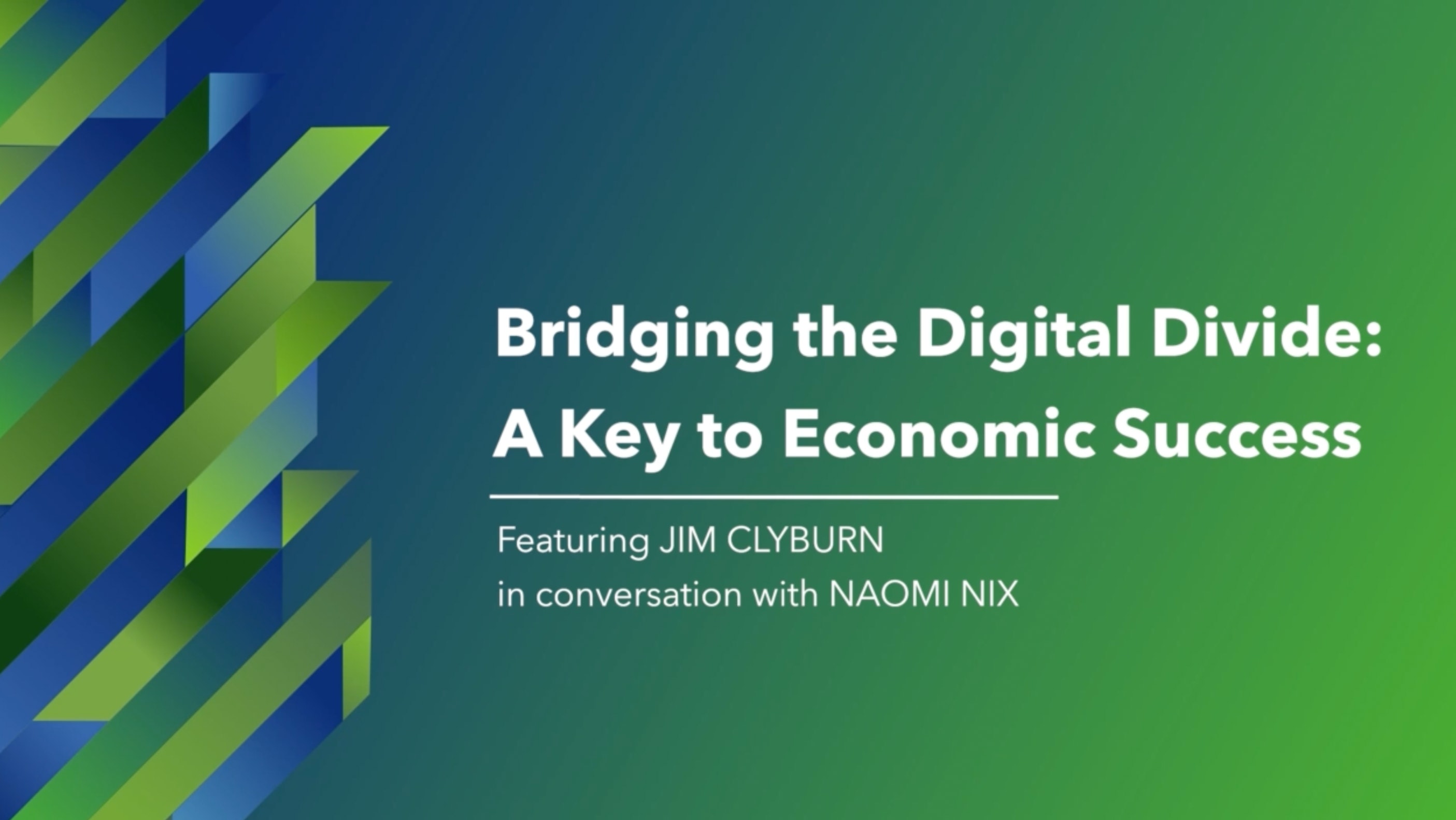 According to the FCC, 21 million Americans and 10 million school-age children do not have internet access. Low-income households are the least connected in America, and, not surprisingly, rural communities are the least served. What might surprise us all is that the data reveals a 75 percent correlation between median household income and broadband access. In 2019, US Representative Jim Clyburn (D-SC) created the Rural Broadband Task Force to close the digital divide, with the goal of all Americans having high-speed internet access by 2025.  The digital era is to the 21st century what electricity was to the 20th, argues Clyburn. Bridging the digital divide is something we must address if we are going to reset the US economy for all.

The Power of Digital Safety Nets 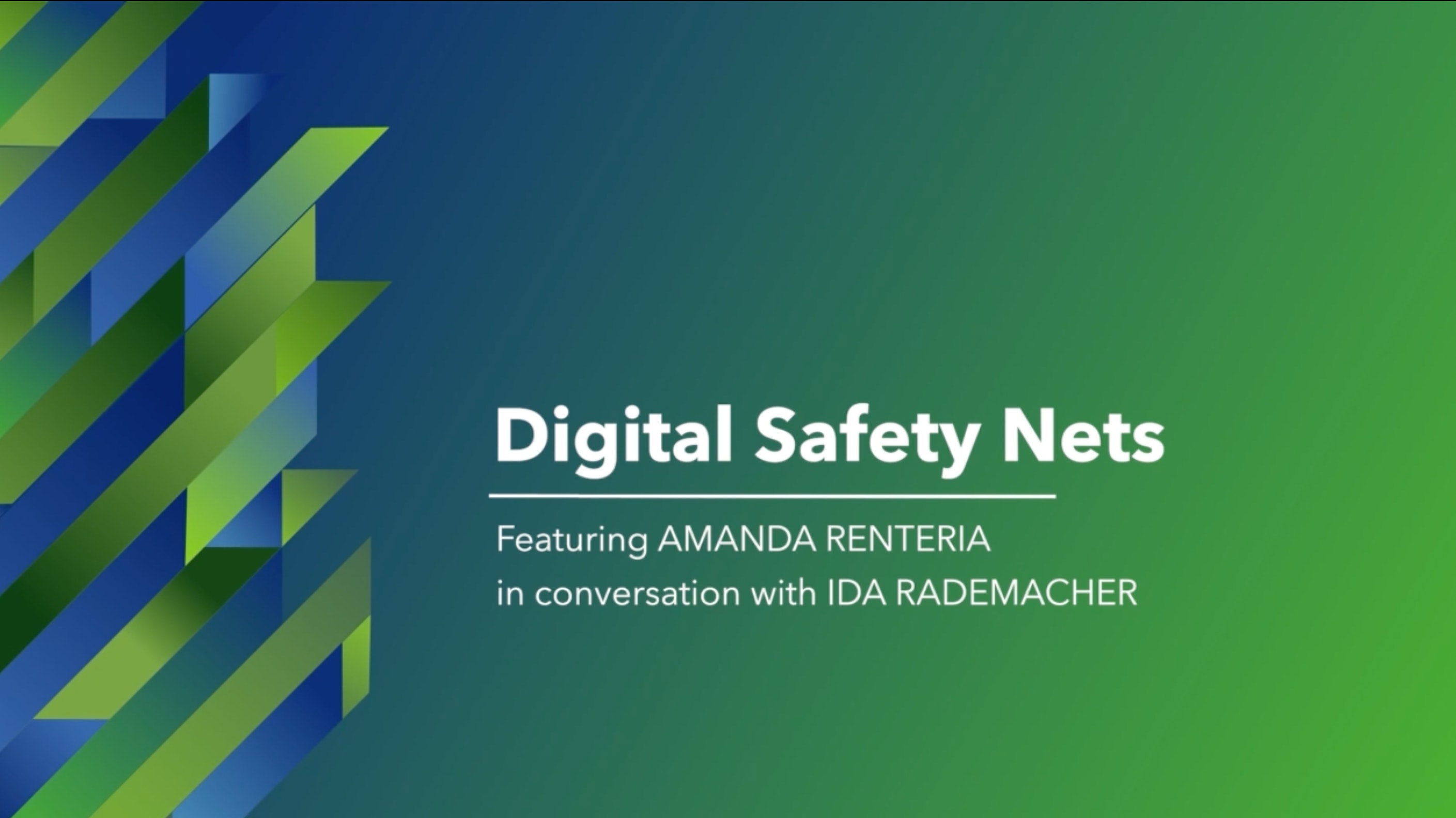 How can technology and digital infrastructure serve all Americans more efficiently? Code for America’s CEO, Amanda Renteria, discusses her passion to make a difference by making government work for everyone. Code for America, an organization dedicated to improving the ways digital infrastructure can improve the efficiency of government, is working hard to create mobile and other technologies that can support citizens in need with everything from food stamps to cash assistance, school lunch assistance to support with applications for earned income tax credits.